Curtis Lassam - Automation for the People

This is a nice note about one programmer’s evolution on the path to automating all the things. He evolves from just keeping a text file with some shell commands in it to using Ansible and Invoke. It’s worth reading both as a retrospective and as prompt to think about ways that more things can be automated.

There was also a good talk at PyCon this year about how there’s still low hanging fruit in the automation world waiting for us to pluck it: 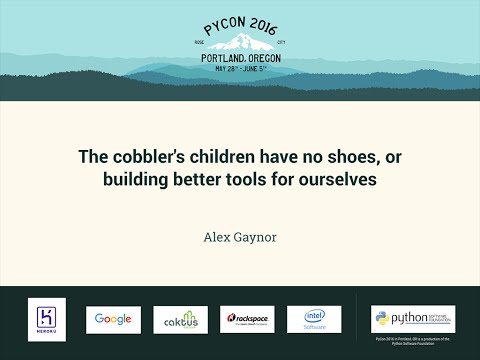 Alex Gaynor - The cobbler’s children have no shoes, or building better tools for ourselves (slides)

In my experience, the hardest part of automating something is often just realizing that it’s possible at all. For example, traditionally when developing a webpage, one would make some changes, save the file, run a command to rebuild the site, go to the browser, and press refresh to see the changes. This was not an onerous workflow, but today, with browsersync and related technologies, we can automate it and speed up development.

Another difficulty is to actually take the time to do the automation. After all, we have real work that needs to be done on a deadline, so why faff about with pointless tooling changes? Confusing the matter further is that there are a similar set of changes that really are a waste of time: moving from one technology to an equivalent technology that is marginally better, for example from Apache to Nginx or from MySQL to PostgreSQL. Those changes can and should be put on the back burner because they are only going to provide incrementally better performance or ease of use. But automating is an on-going force multiplier. Automation should be done as soon as feasible so that you can start reaping the rewards of automation sooner rather than later. Automating makes your future development process faster, so it should be prioritized for sooner rather than later, but it looks like the kind of thing that should be prioritized for whenever you get around to it.

[<img src=”/post/img/2016-06-17-is_it_worth_the_time.png” alt="Is It Worth the Time?” title="Don’t forget the time you spend finding the chart to look up what you save. And the time spent reading this reminder about the time spent. And the time trying to figure out if either of those actually make sense. Remember, every second counts toward your life total, including these right now.” width="571”